Nokia X10 & Nokia X20 5G have launched with 5G Internet connectivity at a mid-range of price:
Nokia has enthusiastic today to all Nokia brand lovers. They have launched a total 6 number of mobile phones. Nokia C10, Nokia C20, Nokia G10, Nokia G20, Nokia X10 & X20. Here Nokia X20 has released as premium from all of these phones.
The name Nokia X has been associated with many different types of mobile phones in the past. There are multimedia, Android phones supported by Microsoft, and Android phones. Now it has become a 5G smartphone with a sustainable concept. Cell phone. At today’s Nokia conference, the X series debuted two models, namely the Nokia X10 and X20.
As part of the HMD Green Initiative, the phone cases that come with these two phones are still 100% compostable. The appearance of the two phones is almost the same, and the difference is mainly in the camera. So, let’s first focus on the common functions.

Nokia X10 and X20 both use the Snapdragon 480 5G chipset, which is an 8-nanometer chip with two Kryo 460 cores (A76) and six small cores, plus Adreno 619 GPU. X20 got a more generous storage configuration, 6/128GB and 8/128GB optional. X10 also has 6/128GB options, and there are two more economical combinations-6/64GB and 4/128GB, both models can be equipped with up to 512GB microSD card (but note that it is a hybrid dual SIM card slot).
Both X phones are equipped with a 6.67-inch LCD with a resolution of 1080 x 2400 px. The average brightness is 450 nits, the color gamut coverage rate is 82% NTSC, high refresh rate and reinforced glass are not provided, but a screen protector is available in the retail package.
The battery of the Nokia X10 is 4470 mAh. The camera part is the highlight of the Nokia X20. Its rear camera module has a 64-megapixel main camera. It is also equipped with ZEISS optics, as well as tools for color grading photos. The S480 chip can only achieve 1080p video shooting at the highest, so don’t have more expectations for the video performance of this camera.

Next is the 5-megapixel ultra-wide-angle camera. With the Dual-Sight function, you can use two cameras at the same time to take photos and record videos. The viewfinder can be configured as a split-screen or picture-in-picture. For example, the main camera + ultra-wide-angle camera, or even the front + macro. The two image modules behind the fuselage are a 2-megapixel macro camera and a 2-megapixel depth sensor. The front camera uses a 32-megapixel sensor, which sounds very good.

Nokia X10 has lost some advantages. For example, its main camera is based on a 48-megapixel sensor, but it is still blessed by ZEISS. The remaining three cameras are the same on the back, including a 5-megapixel ultra-wide angle. However, the selfie camera has been downgraded to an 8-megapixel sensor.
In terms of connectivity, both phones support 5G (dual SIM cards), and the other supported features include Wi-Fi 5, Bluetooth 5.0, aptX HD/Adaptive and NFC. The wired connection includes USB-C (USB 2.0), plus a 3.5 mm headphone jack, and is equipped with an FM radio receiver.

Both phones use the same 4470 mAh battery, with two days of battery life promised by the HMD standard. In terms of charging, they all support 18W. In some areas, there will be a charger in the X20 retail package, and the X10 always comes with only a USB-C cable. Both phones will run close to the original version of Android 11, so don’t worry about the update coming too slowly. There is a fingerprint reader and a Google Assistant button on the side of their fuselage. X10 has a basic waterproof performance (IP52).

In the term of price both phone has about the same range of price. But as the build quality, performance, camera quality obviously Nokia X20 is better than Nokia X10. So, our suggestion will be you should go for Nokia X20. 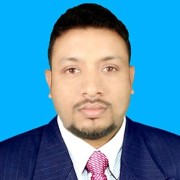 Oppo A74 5G the Cheapest 5G phone ever

Details January 2022 with a list of the top 5 phones

Detailed information including price of Samsung Galaxy F62 in Bangladesh 2022

Details including price of Symphony Z40 in Bangladesh